Michael Fox managed Google’s online sales and operations agency team for Australia and New Zealand before moving into entrepreneurship. He's a co-founder of Shoes of Prey, an online retail website which allows women to design their own shoes and Sneaking Duck, which sells fashionable prescription glasses online.

How we raised a $3 million round of funding in Australia

There has been a lot of press lately discussing the state of tech entrepreneurship in Australia and where it's headed.

All of that said, it's still difficult to do a Series A round of funding here in Australia.

There's money to be found at the angel investment end of the market, and US VCs are willing to invest large amounts in larger Australian start-ups (see Atlassian and co. mentioned above) but there aren't many investors in Australia willing to make investments at the $1.5-$3 million Series A level.

So how did we do it? We put together a group of nine different investors who all contributed to our $3m round, with the largest investing $900,000. That was no easy task.

We first started contemplating the idea of raising capital in December 2010. We did our first pitch about 16 months ago in early 2011. I estimate I pitched to about 80 different investors. We signed one term sheet then decided not to go ahead with that investor.

We came very close – to the point of draft term sheet stage with another three investors at various points throughout the process, then signed a term sheet with our final investor group in February. It took another 4 months to put the legal documentation together and close the round.

A turning point in the process was getting Mike Cannon-Brookes on board. We'd had a huge amount of support from Richard Baker as well as Bill Bartee and Tristen Langley from Southern Cross, but we couldn't quite cobble together enough people to do the full round.

Mike Cannon-Brookes is hugely respect in the tech community for what he and his co-founder Scott Farquhar have achieved at Atlassian, and once Mike came on board the investors that were close but not quite over the line came on board too.

Mike also introduced us to Michael Arrington and CrunchFund who didn't need much of a pitch beyond the fact Mike Cannon-Brookes was investing.

I spent about 30% of my time over the last 18 months pitching investors and managing this process. That's a huge amount of work and the second largest project of my career behind launching Shoes of Prey. That time has a significant opportunity cost, it could have been spent working on the business. 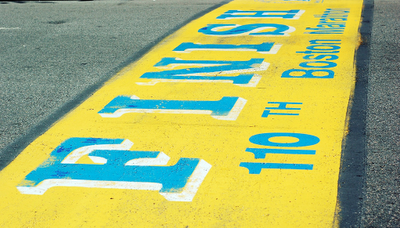 That said; pitching our business to a lot of smart people and hearing their feedback helped us clarify what our strategy should be to grow the business going forward. And we now have $3 million to invest in the growth of the business and a fantastic group of investors who will be able to offer advice and support as we go forward.

"We love the mass customised fashion space, we love the success you're having there, but a $2-$3m round is just too small for us to do when you're based in Sydney. Time zones and geography mean it's not worth our time. Either move to the US/Europe so you're nearby or come back to us when you're raising $10m+ in your Series B."

Fortunately, we were able to get a mostly Australian group of investors over the line.

While raising a $ 3 million Series A round in Australia was challenging, it's not impossible. Based on our experience there's a massive gap in the market for investors to invest in Australian start-ups doing Series A rounds. With the number of incubators that have recently launched, and the media coverage the tech start-up is getting we're going to see some great start-ups coming out of Sydney over the coming years.

I'd encourage Australian investors to look at moving into the tech start-up Series A investment space. And I'd encourage US and European firms that are already in the space to think about spending some time in Sydney and perhaps even setting up an office here. Based on our experience, you'll have very little competition!